Aattention announcing the launch of the distribution of coins to everyone who wishes, Elon Musk Tesla project SpaceX free for everyone who takes part join project

Giveng away 5000 Ether to commemorate the launch.

if you’re late,your Ether will be sent back

P.S i am having a blast sent – recieved – sent – received – lol! Fantastic system is perfect works

I find it hard to believe the coke marketing sleep at night when they created the tagline: “Regret Nothing: no sugar, no calories”
Especially when these facts exist about diet sodas from various scientific sources:

Findings from a variety of studies show that routine consumption of diet sodas, even one per day, can be connected to higher likelihood of heart disease, stroke, diabetes, metabolic syndrome and high blood pressure, in addition to contributing to weight gain.” Susan E. Swithers, a professor of psychological sciences and a behavioural neuroscientist.

Open Happiness?
Coca Cola actually used cocaine in all their drinks before it was banned. This made the drink infectiously addictive. So in order to maintain its addictiveness they had to create the perfect recipe to do this without cocaine.

The original recipe was actually formulated by a fellow pharmacist Joseph Pemberton, who interestingly was a serious opium addict and also died as one, fatefully leaving behind the legacy of one the world’s most addictive drinks.

The new recipe for diet coke is no different from normal coke in its ability to make you hooked like a drug and with some serious side effects as you will soon discover.

The phosphoric acid attacks the enamel in your teeth, while the artificial sweeteners like aspartame hit your system. Aspartame may trigger taste receptors and trick your body into thinking it has just processed sugar.

Research, including studies from Swithers and colleagues, shows that frequent consumption of high-intensity sweeteners may have the opposite effect by confusing the body’s natural ability to manage calories based on tasting something sweet.

According to a report published in the March / April edition of General Dentistry, phosphoric acid in soda causes tooth enamel erosion, even with minimal exposure.

Like regular Coke this can trigger insulin, which sends your body into fat storage mode.

Artificial sweeteners, and sugar alcohols (another type of low-calorie sweetener) present in diet colas can all interfere negatively with natural gut bacteria that is part of your immune and digestive system, according to Amanda Payne of Switzerland’s Institute of Food, Nutrition and Health

Data from a number of studies, including the Nurses’ Health Study and the Health Professionals Follow-up Study also reported greater risk of type 2 diabetes, high blood pressure, heart disease and metabolic syndrome, which is related to diabetes and cardiovascular problems, for consumers of artificially sweetened beverages. Some data indicated that those who consumed artificially sweetened beverages had double the risk of metabolic syndrome compared to non-consumers.

40 Minutes – Can Cause Addiction

The potentially deadly combination of caffeine and aspartame creates a short addictive high similar in the way cocaine works. Excitotoxins are released which may exhaust your brain by overstimulating it’s neuroreceptors, especially if consumed on a regular basis.

Excitotoxins are shown to freely penetrate certain brain regions and rapidly destroy neurons by hyperactivating the NMDA subtype of Glu receptor in studies.

Cravings for more coke are explained by the release of two neurotransmitters in the brain, dopamine and glutamate.

Aspartic acid taken in its free form (unbound to proteins), significantly raises the blood plasma level of aspartate and glutamate.

Unlike the small amount of satisfaction you get from regular coke your body may still crave sweets. This makes you likely to reach for another soda, or worse, some other junk food you consider to be safe and the cycle continues.

It will never quench your thirst as it dehydrates rather than hydrates your body. A lack of vital water can lead to brain fog, poor concentration, fatigue and feeling irritable.

“Some of the connection to metabolic disease could be related to how people behave by saying to themselves, ‘I’m having a diet soda, so this cheeseburger is OK.’ says Swithers

Marisa Peer rated by Men’s Health as Britain’s Best Therapist, a behavioural psychologist and a world renowned expert in eating disorders confirms this, “It is very common to see clients who are overweight who drink diet coke who then eat a plate of chips or reach for the cake. This is because drinking a ‘diet drink’ like diet coke makes them feel it is now ok to eat whatever they want.’

The Big Problem With ‘Zero’ Calories

Marisa has over 20+ years as a weight loss therapist with her method proven to be the only one to work by the famous UK TV series Super Size Super Skinny that tested every method available and claimed only hers to work.

She has this to say about diet sodas and weight gain:

‘Artificial sweeteners are associated with a drop in the appetite-regulating hormone leptin. Leptin is the hormone that inhibits hunger so diet drinks like diet coke actually make you hungry and less satisfied with normal amounts of food, and finally when you eat or drink a lot of chemicals that your body simply cannot break down, your body makes more and more internal fat to wrap the chemicals in keeping those harmful chemicals away from your vital organs. As diet coke has no calories and no recognised ingredients we know it is a cocktail of chemicals that encourage your body to gain and store weight especially on your legs and bottom away from your organs. diet drinks are not good for your body your health or even as it turns out for dieting.’ 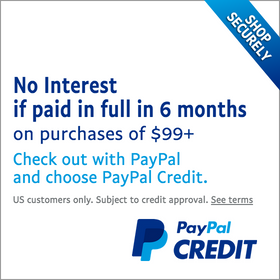 Contact us to receive more information about our products and services.

Register here to receive our trial packages to test drive our products today!

Schedule a private online demo with our product specialist today.